Thank you for taking the opportunity to visit the Kenner Police Department’s website.  The Kenner Police Department’s mission is to provide our community with the most effective and professional law enforcement and public safety services and we are proud to be regarded as one of the most progressive law enforcement agencies in the nation. Each year we take steps to implement state-of-the-art technology and train ourselves in the most effective methods of fighting crime.  Currently, we are hiring qualified, dedicated men and women to join our force.  Visit our recruiting section for more information.

As you explore this site, we hope to provide you with an overview of police department operations and introduce you to our proactive community efforts.  It is here that you can learn about the many innovative safety and crime prevention programs available to you, such as the Citizens’ Police Academy, Neighborhood Watch and Women’s Self Defense.

I hope you will continue to visit our website and learn more about the Kenner Police Department. For more information, please write to us at 500 Veterans Blvd. Kenner, Louisiana 70062.  If you have a question or concern you’d like to email me about, I can be reached at kpd@kennerpd.com.

Keith A. Conley
Chief of Police

Do you have what it takes to join the team?  We are currently hiring:

Click Here to go to our Career Opportunities Page. 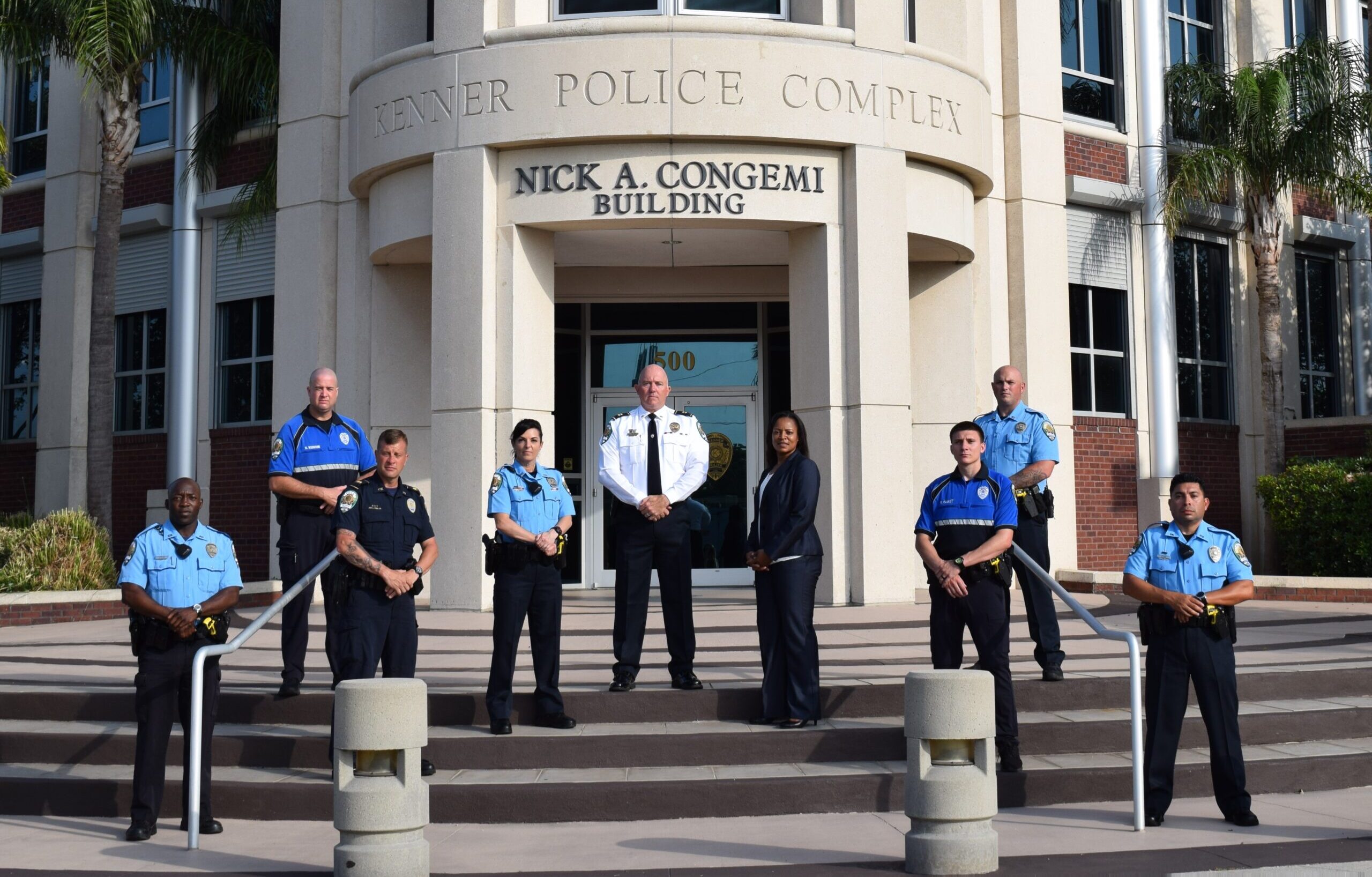 The Kenner Police Department’s mission is to provide our community with the most effective and professional law enforcement and public safety services.  We recognize and take pride in our continuous contribution to the quality of life in our community.  We will meet the challenge of fulfilling our mission by basing our actions on these guiding principles:

We strive to prevent criminal activity by engaging in innovative policing methods.

We preserve the peace and suppress crime by investigating suspected criminal activity. We arrest and incarcerate persons who commit criminal acts.

We protect life and property by effectively responding to all disasters and emergencies.

We respond in a timely manner to all service requests.

We educate our citizens about crime prevention.

We educate our youth on the dangers of substance abuse and delinquency.

We work to earn the respect of all the people we serve.  We perform our duties with courtesy, fairness, efficiency, professionalism and respect for diversity.

We promote an open-door policy concerning all matters of public interest.

We recognize and value the members of our community as partners in a unified effort to prevent and reduce crime.

We are committed to uphold our position of trust by maintaining the highest ethical standards.

We value the spirit of teamwork, commitment to duty and training.

We pledge to make maximum effective use of the resources and personnel and demonstrate fiscal responsibility. 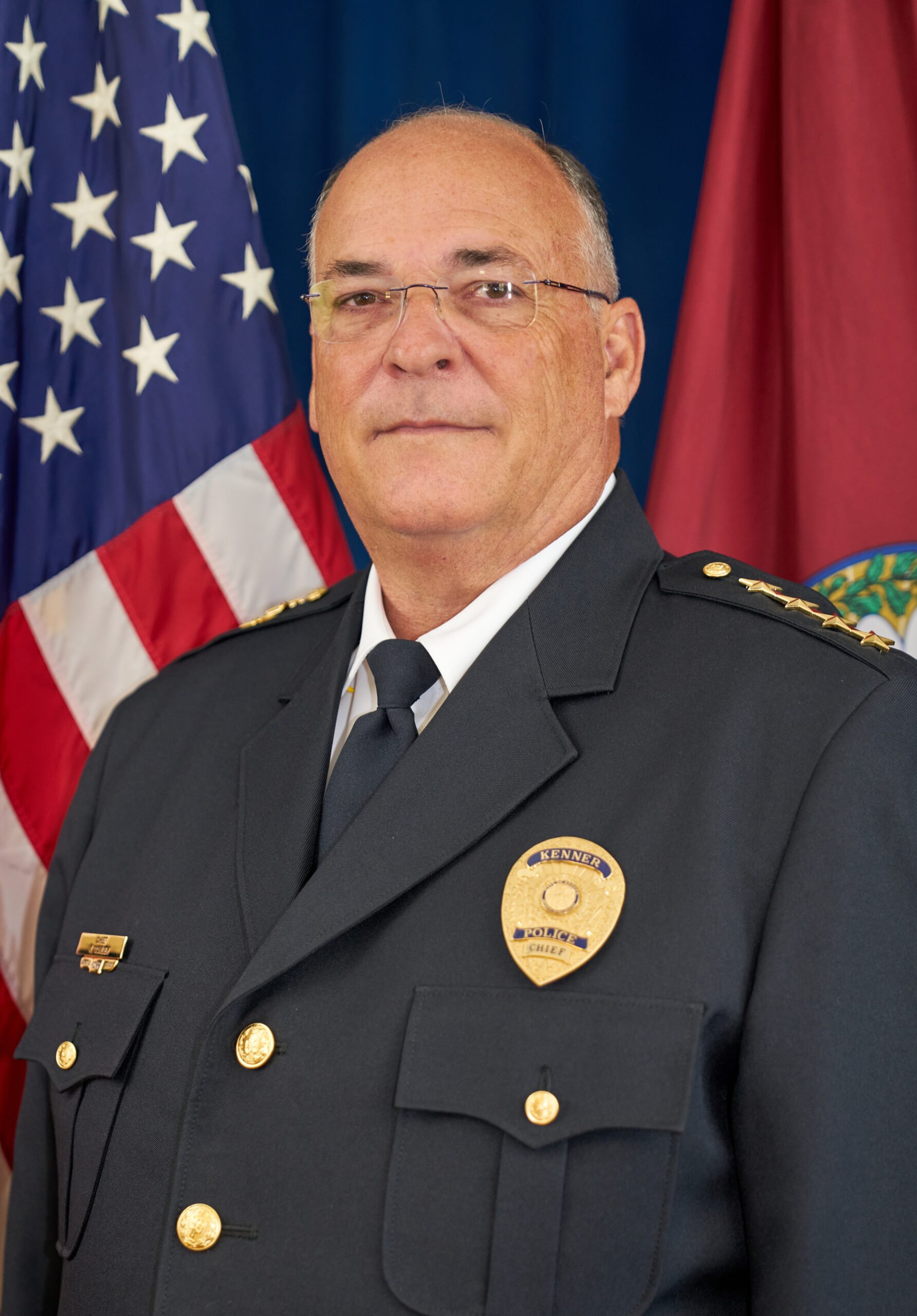 The men and women of the Kenner Police Department have done an excellent job in keeping Kenner safe. Remember, we need your help, when you arrive at your residence, lock your car doors and NEVER leave weapons in your car. Additionally, if you see anything suspicious or out of the ordinary, please call 9-1-1. We have posted several success stories on our Face Book page of the community and KPD working together to keep Kenner safe. So far in October 9-1-1 calls have taken guns and drugs off of our streets. There is no doubt your calls have prevented a crime from occurring either in Kenner or our surrounding area. Please jump onto Face Book and check out our page KennerPolice.

For the month of September Kenner had 2 business burglaries and 18 reported vehicle burglaries. Of those 18, 16 of those vehicles were left unlocked or showed no signs of forced entry. A total of 3 firearms were stolen, all from unlocked vehicles.  We had 11 residential burglaries, 2 were vacant homes, one was an enclosed patio and another one was domestic in nature. We had a business robbed at gun point in the 3000 block of Loyola, a suspect was swiftly arrested in that case and linked to 2 other robberies in Jefferson Parish. Our Narcotics Division has been very proactive and busy. They have several open and continuing investigations. Overall there have been over 24 narcotics related arrests taking drugs and guns off the streets. We have seized everything from large quantities of marijuana, to crack cocaine, powder cocaine, meth, MDMA,  illegally obtained prescription drugs, and yes even mushrooms (again). Five of these subjects were also arrested for being in possession of a firearm. Since they were also in possession of a CDS, the penalties are enhanced.

KPD receives complaints regarding speeding and stop sign violations for just about every subdivision and main street in the City. We do respond to those complaints and will continue to do so. In the month of September, our patrol and traffic division handled approximately 260 crashes and issued 467 tickets.

These statistics do not include the daily activity of our officers with their “routine” activity and arrests. In October the KPD has put extra manpower in the streets to prevent vehicle burglaries across the City. This group will be a patrolling the city looking for suspicious activity but would also love your help by hearing from you if you see any suspicious activity or notice anything on your home video surveillance or doorbell cameras.

On October 21, 2022 the Kenner Police Department held the graduation ceremony for our Academy class #20. The ceremony was held at Church of the King. Eleven officers graduated after a rigorous 4 months of training. These recruits proved their proficiency in firearms, self-defense tactics, legal aspects, accident investigation, constitutional law, narcotics investigations, de-escalation tactics, report writing, and tactical driving among other things. Among those addressing the graduates and their families were Chief Keith Conley, Mayor Michael Glaser and U.S. Congressman Steve Scalise. Congratulations to these officers and thank you for your dedication to your community.

The National Night Out Against Crime Kickoff event at the Pontchartrain Center was a huge success. Thank you to all that came out and enjoyed the free food, drink, music and presentations by the more than 35 agencies that participated. We have already met to begin planning next year’s event.

As previously reported, we have begun a rigorous recruiting campaign for Correctional Officers, Call Takers, Dispatchers and Police Officers. Since launching this campaign, we have received 50 applications in three weeks. These applicants will proceed through their application investigation stages. As we graduate Academy Class #20 on October 21, 2022, we will be starting Academy Class #21 on November 7, 2022- it is not too late to be in that number. Text “KennerPDjobs” to (504) 788 2614. You have what it takes!!!!!!

If you are interested in learning more about the Kick-Off Party, registering your block party for National Night Out Against Crime or starting a neighborhood watch group in Kenner, contact the KPD Community Relations Division at (504) 712-2294 or nguggenheim@kennerpd.com.

Chief Conley can be reached by email at kpd@kennerpd.com.  Visit the Kenner Police Department website at www.kennerpd.com. You can also follow us on social media @KennerPolice.

Chief Conley can be reached by email at kpd@kennerpd.com.  You can also download the free Kenner P.D. mobile app for both Apple and Android devices as well as access the Kenner P.D. Facebook, Instagram and Twitter pages for the latest updated crime, traffic, and other law enforcement-related information. 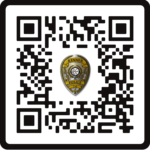